These Pear and Carob Muffins must be one of the best recipes I have made for a long time. They are amazingly good!

My mother in law has sent me some carob powder all the way from Portugal where carob trees grow wild in Algarve, the southern part of the country. I had to put it to a good use and what would be a better way than bake some muffins. It’s the first time I have used carob in a recipe or have even tasted it, it has an unusual flavour and I really like it.

In fact, I like it so much that I’ve eaten three muffins as soon as they came out of the oven and so did my son! Well, had to taste them and then taste some more just to make sure! Love love these! I have even challenged myself to make them vegan and gluten-free and they are the real deal. So I really do hope you will give this recipe a try.

You will be able to find some carob powder in health food shops, it’s often used as a chocolate substitute in recipes as it contains no caffeine. 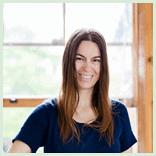